Folding E-Scooter That Turns Into a Hand Truck To Transport Cargo! | MIMO C1 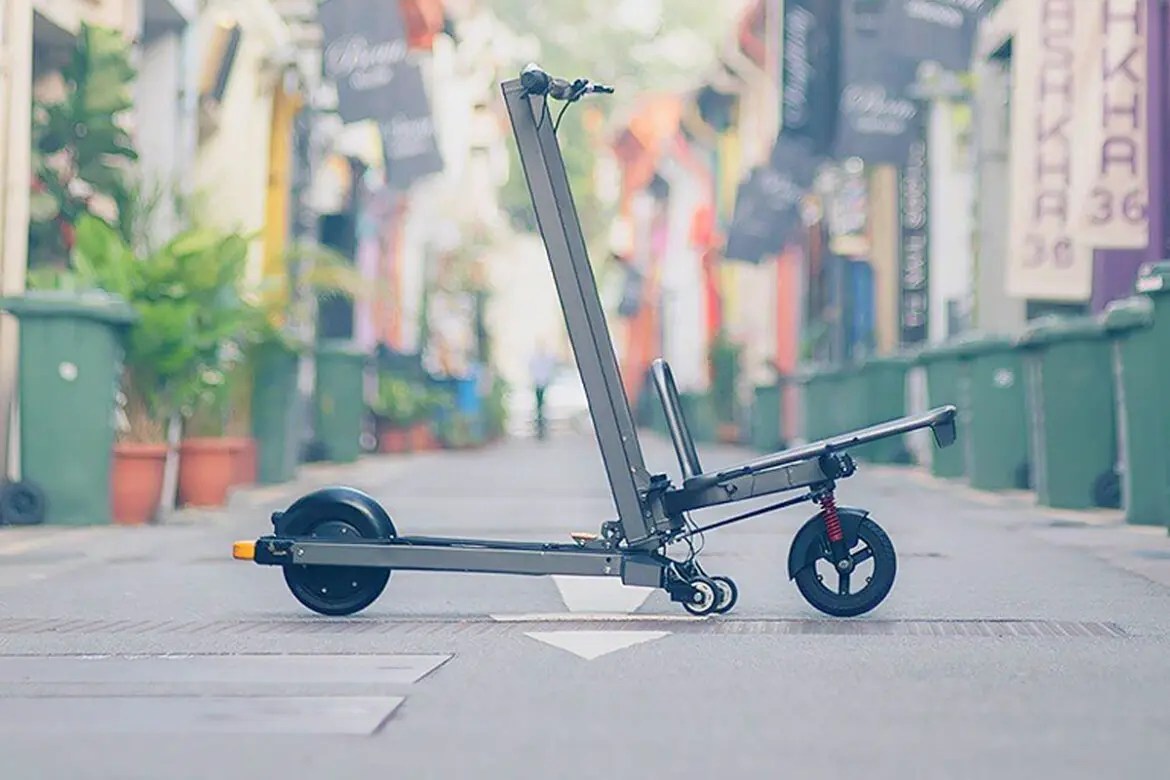 MIMO C1 is a folding e-scooter that allows you to drive your cargo like a scooter instead of dragging it behind you or carrying it on your back. The MIMO C1 is a combination of and folding electric scooter and a luggage trolly. However, it was invented by a Singapore- based startup ‘Mimomotor’ which is founded by an engineer ‘Witono Halim’.

That is to say, this two-in-one cargo scooter takes almost 2 years to become a real product from the prototype. It designed with congested megacities in mind, so it is way smaller than a typical cargo bike and has a much smaller turning radius. Although it is small in size, it has a similar loading capacity to a cargo bike. It can carry a rider up to 120 kg and additional luggage up to 70 kg, which is pretty impressive!

it has a removable battery, which means you can recharge the battery wherever and whenever the day demands. With the single charge, the bike rides about 15 to 25 km. Also, you can bring an additional battery if you want to move further. Moreover, the cargo area is entirely customizable with different sizes of luggage carriers.

The design of the MIMO C1 features two different sections. The front section is for cargo and the back half is for the rider. Once the rider reaches the destination, the back half will be folded and locked into the handlebar. So the scooter is now ready to serve as the hand trolly or a shopping cart. Above all, the scooter itself weighs 17kgs and reaches a maximum speed of 24 km/h.

Further, unlike other cargo transportation vehicles, it doesn’t require parking. So, no more worrying about your cargo and scooter being stolen. Currently, the MIMO C1 is raising funds on Indiegogo. You can get one for an early bird pledge of US$1,300.

LEF The EV is a Combination of Electric Cars And E-Bikes!

eMogi is a Motorized Electric Kayak With a...

This Camping Tent Flips into a Retractable Canopy...

Camper In a Box Kit That Turns Any...