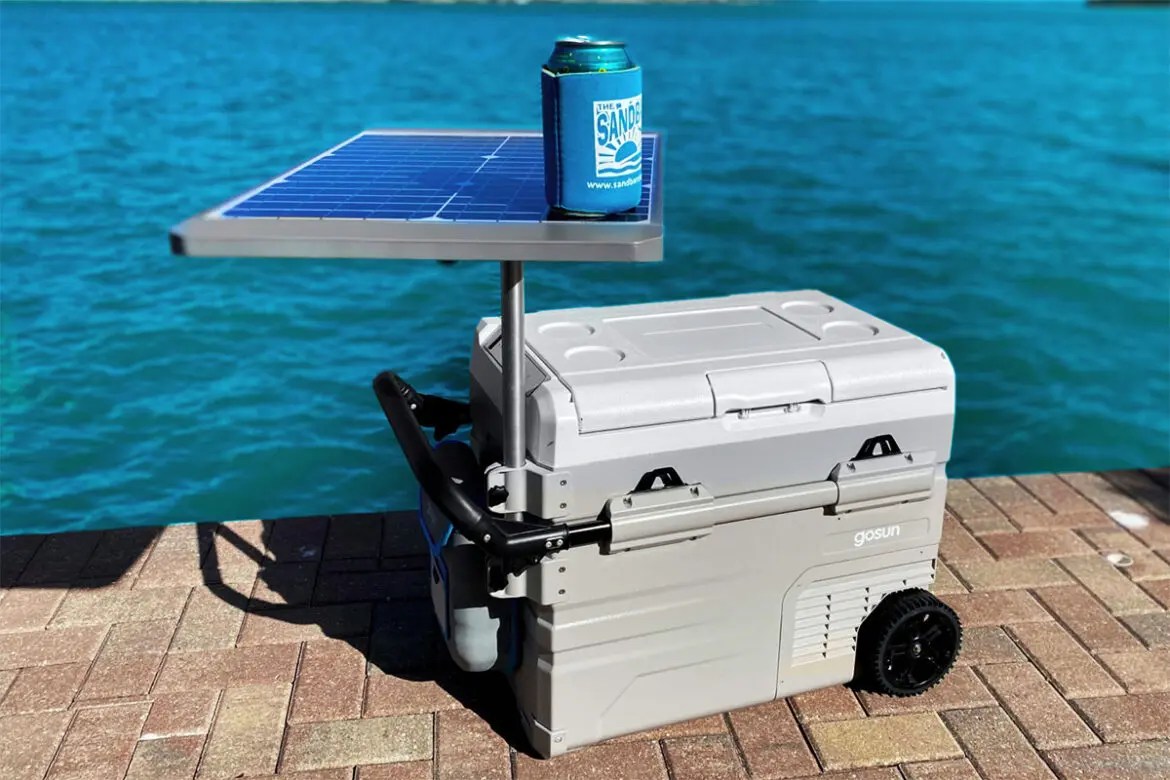 Is your current cooler melts and takes 50% of the space for ice? What if a cooler can keep your food and drinks cool without ice. Well, the Chillest by GoSun is here to change all of that. It’s a portable solar-powered cooler with lots of cool features that even lets you chill your drinks without ice. It is an advanced version of Gosun’s Chill which is launched back in 2019.

However, its 45-liter cooler space, built-in battery, and all-terrain wheels make it an ultimate off-grid cooler. Instead of using ice, GoSun Chillest uses the hot Sun to cool foods and drinks. As a result, we can use the whole volume of the cooler to store our things. Above all, its built-in compressor allows us to adjust or set the temperature we want, which is from -4°F to 68°F.

Inside the cooler, there are two different compartments that create different temperature zones. In other words, you will have the both fridge and freezer inside the same cooler. It offers four different power options like 87 wh li-ion battery, AC & DC outlet, external power bank, and a solar panel table. So you can use one of the power sources depends on where you are.

If you are on the off-grid camping spot then the 20-watt elbow solar table is ideal. We can also use the table to write or serve food while it powering the cooler. Likewise, its brushless DC compressor needs only 45 watts of power to keep your snacks cool. As a result, the built-in battery will last for almost 10 hours on a single charge. In addition, you can keep an eye on the temperature with the help of a smartphone app.

Further, an empty Gosun Chillest weighs 42lbs that makes it easily accessible whenever the day demands. Like their previous inventions, the Gosun Chillest also launched on Indiegogo. It already raised more than US$350,000 and keeps going. If you want to be a part of it, then get one for an early bird pledge of US$599.

Canoo’s Electric Van Looks Like Nothing On The Road Today!

eMogi is a Motorized Electric Kayak With a...

This Camping Tent Flips into a Retractable Canopy...

Camper In a Box Kit That Turns Any...