A Robotic Person-Tracking Floor Fan That Automatically Rotates When You Move! 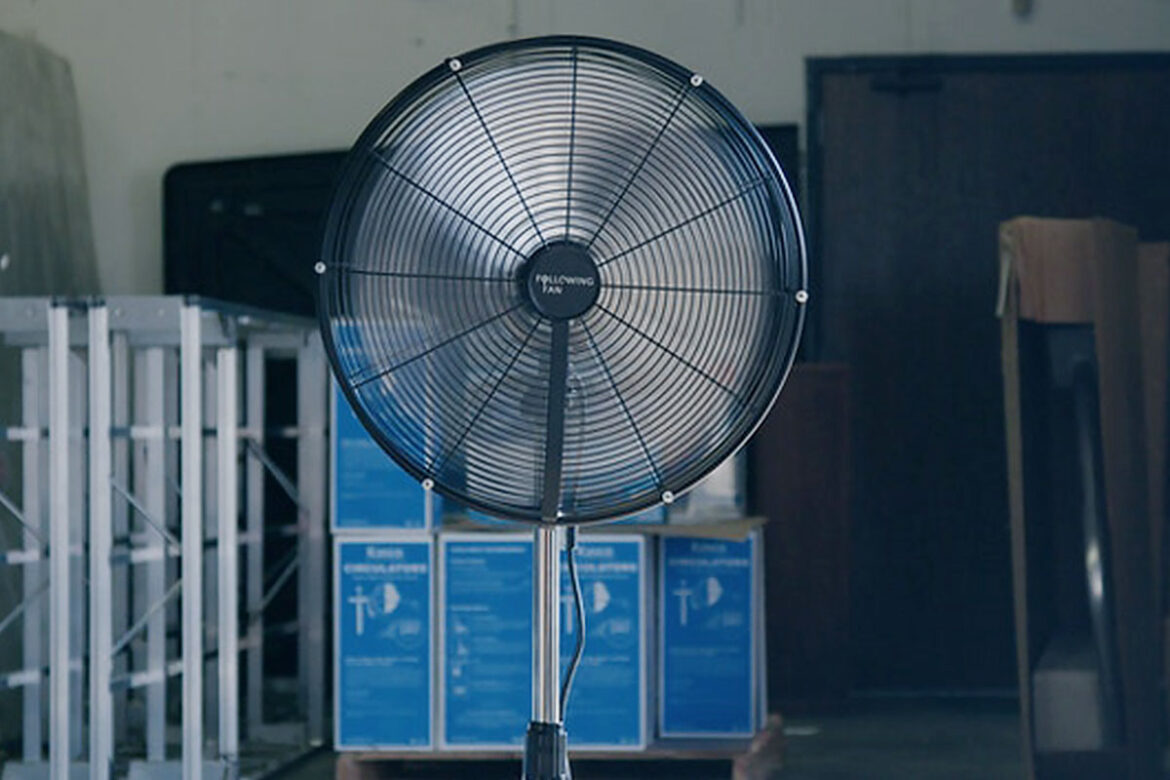 Of course, some people like baking and grilling in the hot sun all day, staying in the fan’s breeze will be the perfect way to keep them cool and energetic. But it won’t help someone who is moving around. Because we have to re-position the fan when we walk or move.

‘Following Fan’ is a person-tracking robotic fan that uses the patent-pending computer vision technology to detect the user and automatically rotate itself to stay pointed at them. It was invented by Minnesota-based engineers Nate Oelke and AJ Sakher. Both of them have mutual interests in computer science and robotics. It all happens when Nate and AJ try to do some workout in their home gym.

Due to the lockdown, Nate turns his garage into a home gym. Unfortunately, the garage doesn’t have any proper air conditioning system. So they have to re-position the fan every time they move throughout the garage. As a result, after some research and prototypes, they have come up with the idea of ‘Following Fan’. It has a camera in the center of the fan grill to capture the environment.

After that, a computer vision algorithm will process the video in real-time to find the person. Once the fan detects a person nearby, It automatically rotates itself to point the person. When the person leaves the environment the motor will automatically put to sleep. This person-tracking floor fan made of a steel frame and features a 20 inches aluminum blade.

However, this fan works completely offline. So it won’t share or stores the video. Like an ordinary floor fan, it also has a stationary and oscillation mode to keep the fan in a fixed position. Currently, this Following Fan raising funds on Kickstarter. An early bird pledge of $199 will get you one if it reaches production.

This Self-Sealing Trash Can also Change the Bag...