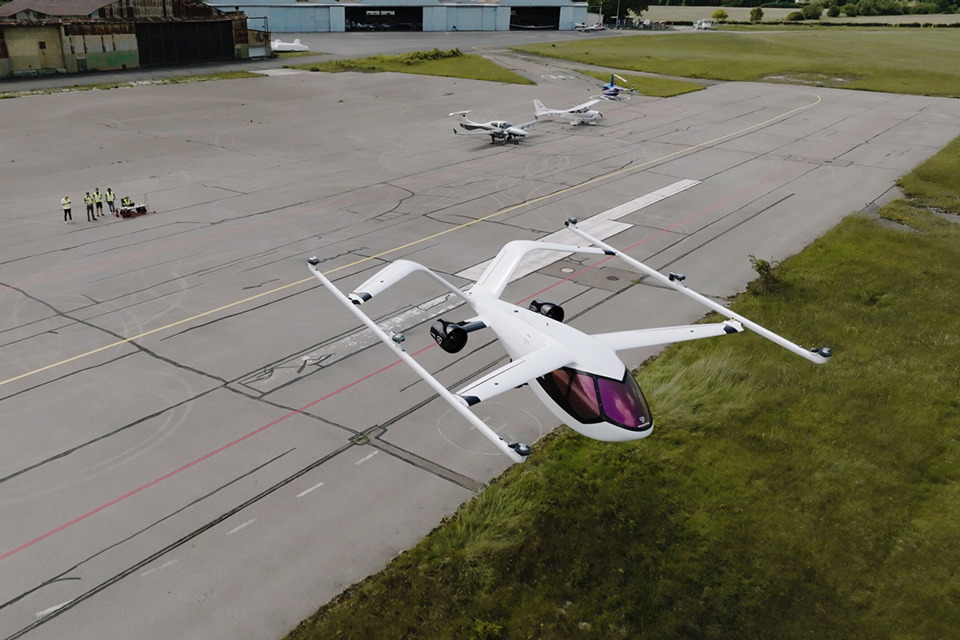 An eVTOL aircraft company called ‘Volocopter’ have announced that one of their evtol aircraft ‘VoloConnect’ has successfully completed its first flight. However, they claimed that it is the only electric vertical takeoff and landing aircraft in the Western hemisphere that achieved this milestone.

Voloconnect is the third aircraft design from the Volocopter. And that seats up to four people and offers 60 miles of flying range. On the other hand, it can cross over the flight speeds of 155 mph without any operating emissions.

Also, they have a plan to bring this personal evtol prototype to serve in 2026. That is to say, this will be a dream come true for business travelers and commuters.

However, as a first step, this eVTOL aircraft’s first flight lasts roughly 2 minutes and 14 seconds. There are six rotors for vertical takeoff or landing and two electric fans with uplift-creating wings for forwarding propulsion.

Likewise, they have tested the eVTOL passenger aircraft for 40 mph forward speeds and 28 mph sideward flight speeds. Apart from the Voloconnect, the company has also designed other kinds of eVTOL aircraft such as VoloDrone and VoloCity air taxi.

Watch the Voloconnect eVTOL in action

Cool tech gadgets under $100 to buy yourself this month

Easyturn: Get a crazy car turning circle with...

Mopet Pet Scooter: An electric scooter with a...

With ‘Infinity’ All Wheel Drive Bike is Now...

A Magnetic Slime Robot That Enters The Human...

Making a Real Invisibility Shield Available for Everyone