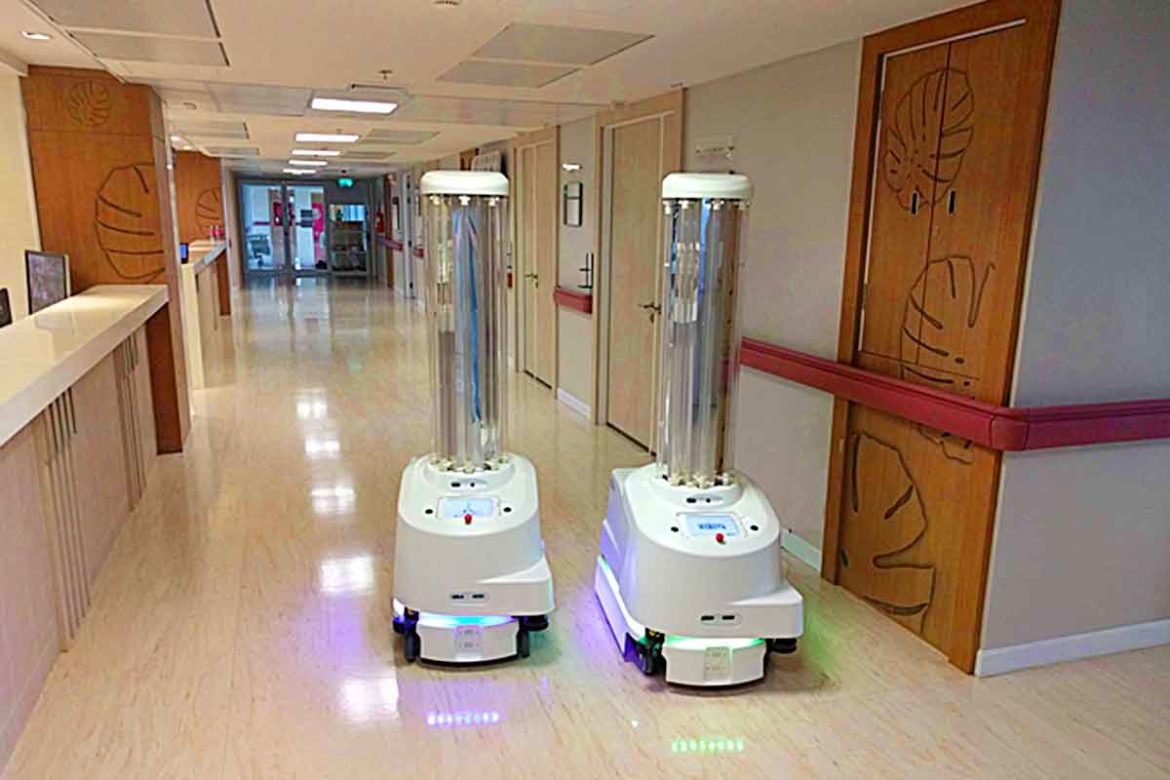 Hospital rooms are at the top of the list of places to avoid during pandemics like we’re currently in. But healthcare workers have no other options. Therefore, hospitals are trying to keep their environment disinfected and clean. This UV bacteria-killing robot is way better than wiping things with human hands. The UVD robot is completely autonomous and moves and navigates on its own.

However, it has eight vertically placed UV-C ultraviolet light bulbs that kill bacteria, viruses, and other harmful microbes. It only takes about 20 minutes to treat a room and kills 99.99% of bacteria with a 360° degree disinfection coverage. Everyone knows that powerful UV light will damage the DNA and RNA of harmful microorganisms. So they can’t multiply anymore.

This bacteria-killing robot was invented by a Danish-based company UVD Robots which spent almost four years creating an autonomous UV disinfection system. Further, the robot comes with an array of UV lamps and multiple lidar sensors. Once the robot is ready to serve, it scans the hospital structure using its lidars and creates a digital map.

So it can operate and navigate on its own. The robot is very fast and powerful. But the UV rays are also harmful to humans too. So everyone needs to wait outside until the robot does its work. However, it will take 10-20 minutes to completely disinfect the whole room.

Once the healthcare worker calls the robot via a smartphone app. The robot will autonomously reach the room which means it can open the door and take elevators on its own. It will seamlessly work for almost 2.5 hours with a single charge. And, it’s fair enough to clean around 9-10 hospital rooms.

Finally, we need this UV robot in every hospital to battle against epidemic situations, like the one we’re currently in, with coronavirus disease. Check the robot on UVD-robots.com!

Watch the Bacteria-Killing UV robot for a hospital in action

It’s a Modern Electric Bike With a Classic Look

BeBot is a Beach Cleaning Robot That Can...

This Interactive Robotic Cat Will Play With You...