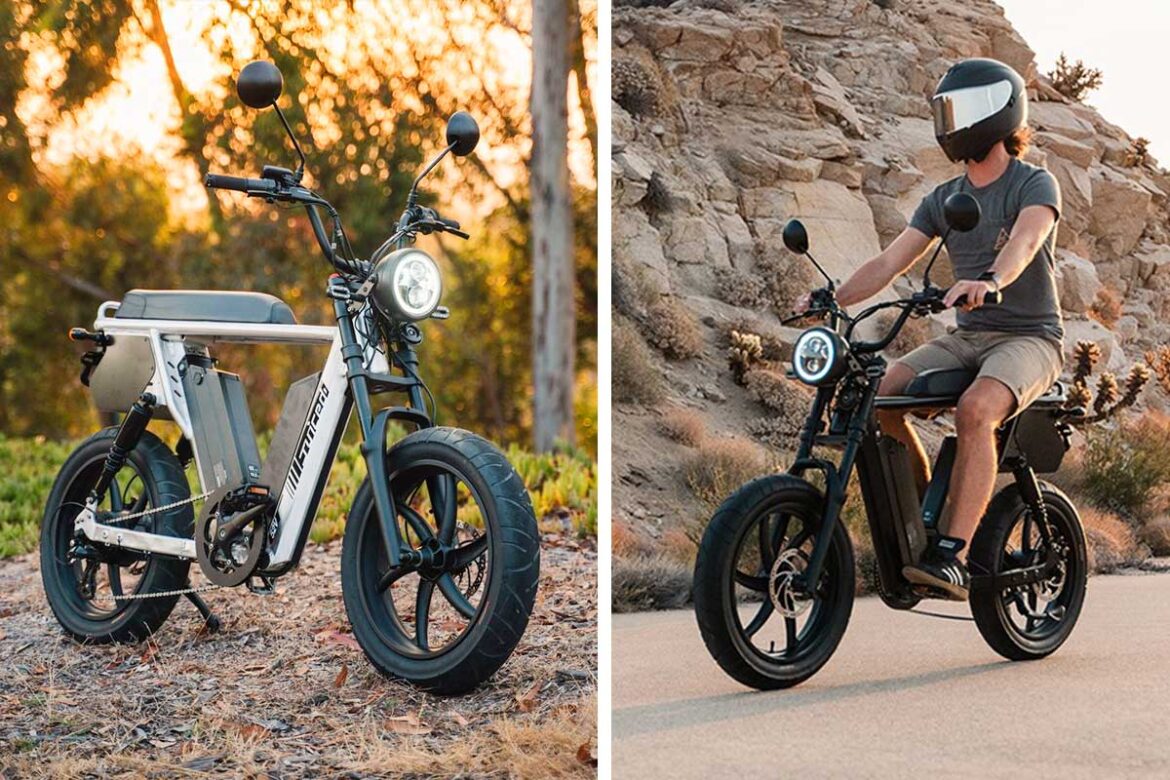 A California-based electric bike company ‘Juiced Bikes’ just launched its new model called HyperScrambler 2. However, it is stuffed with extreme riding range, power, and speed. Because of the dual battery capacity, this bike can reach up to 100 miles with a maximum speed of 30 mph.

Juiced Bikes was founded by Tora Harris in 2009. They are known for their strong, powerful, and uniquely designed moped-style e-bikes. They believe that e-bikes are all about the battery. So they have designed their first dual battery e-bike ‘HyperScrambler 2’. It packs almost 38.4Ah of power with two 52V 19.2Ah batteries.

An E-Bike With Two Giant Batteries!

As a result, this bike uses an intelligent dual battery balancer to manage the power from both batteries at the same time. HyperScrambler 2 has its custom build rear wheel motor with 2000W peak power to seamlessly reach 100 miles in a single charge.

Further, this e-bike equipped with dual suspension, hydraulic disc brakes, turn signals, an alarm system, brake light, puncture-resistant tires, and cadence & torque pedal sensors. Moreover, the 8-speed freewheel gear system and twist throttle help you to experience the maximum power of this beast. However, if you want to take a relaxing ride for shorter adventures, then ride comfortably with a single battery.

All water bike: A bicycle-like watercraft for Joyful...