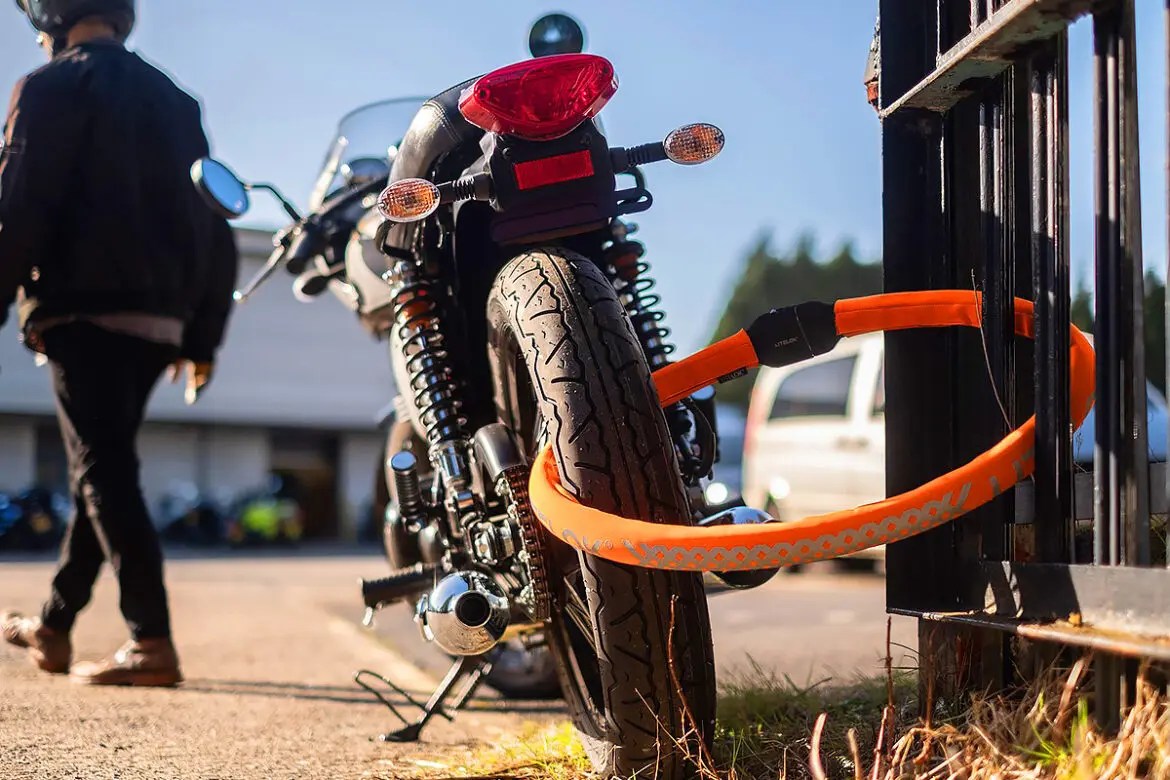 Riding a bike is the most enjoyable moment of the day for most of us. But, once we reach the destination, we have to leave our bikes alone on the streets. The Litelok Core is a most secure, powerful, and heavy-duty lock that protects your bikes and motorcycles from being stolen. It was invented by a Wales, UK-based startup called LITELOK which is founded by Prof Neil Barron.

After ten years of research and prototyping, the team has come up with the Litelok Core. However, this though and flexible lock features multiple layers of materials for protection. It utilizes two main components for the core protection such as Boaflexicore Plus and a hardened steel inline lock body. The Boaflexicore Plus is a layer of flexible security strap, polymer, and interlocking hardened steel.

All layers flex in sync to offer maximum flexibility,  abrasion resistance, corrosion resistance, and weatherproofing. Likewise, the Steel inline lock body uses aerospace-grade hardened steel. So the Litelok can withstand any kind of impact such as hammer, -40 deg C freeze spray, and even chisel blows. Moreover, the lock has come in two different versions such as Litelok Core Bike and Litelok Core Moto.

The first one is to protect bikes and e-bikes and comes in three different sizes and colors. Similarly, the Litelok Core Moto is designed with motorcycles in mind. It’s an extremely heavy-duty lock that weighs only  2.46kg. Meanwhile, it comes in two different lengths and three different colors to choose from.

Further, the click-to-lock mechanism lets secure the bike quickly. Also, we can pair two Litelok Core locks together to secure around a large fixed object like tree trunks, posts, and fencing. Currently, the Litelok Core is raising funds on Kickstarter. An early bird pledge of US$ 125 will get you one!

Camper In a Box Kit That Turns Any Vehicle Into a MotorHome!

Airbag Jacket For Urban Cyclists That Auto-Inflate When...

LEF The EV is a Combination of Electric...

Snoek Is The Fastest Velomobile That Reaches Maximum...

A Pop-Up Umbrella That Protects Cyclists From All...

Juiced Bikes Has Launched a New E-Bike With...