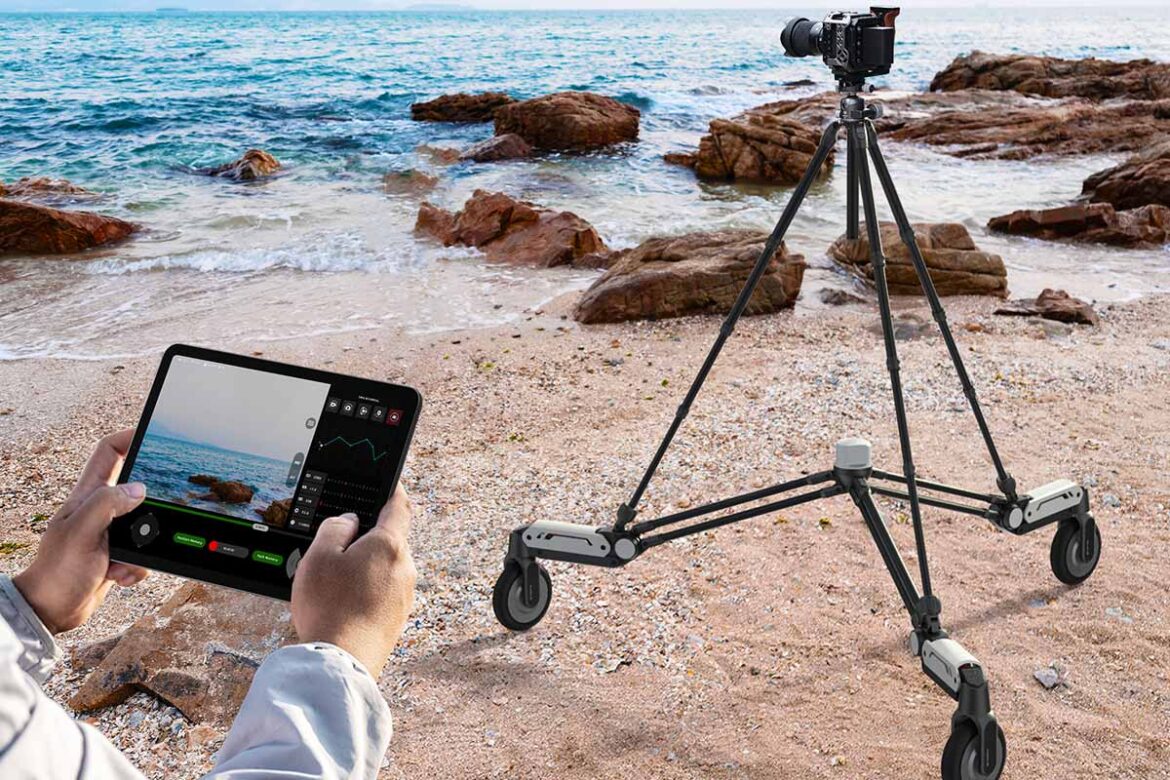 You’ve probably seen the incredible Conda Strap flexible camera-carrying strap that turns into a tripod to take awesome shots anywhere. Likewise, this rover-style motorized camera dolly helps us in filming in all-terrain conditions. However, the cinema dolly has three wheels that feature an independent steering system and an electric stabilizer. As a result, it prevents the vibrations affecting the camera that connects with its body.

The Snoppa Rover has 15 kg (33 lbs) of load capacity and adapts almost any kind of camera including mirrorless, DSLRs, or even heavy cinema cameras. Controlling the dolly is even very simple and convenient. It can be moved manually or driven automatically on a pre-planned path. Furthermore, a phone or tablet can control the dolly movement as well as the camera control wirelessly.

All three wheels are packed with a bunch of sensors such as gyroscopes, acceleration sensors, and angle sensors. As a result, the vehicle’s vibration is controlled at all times at a frequency of 16 kHz. Similarly, each wheel’s high-torque motors distribute 0.06m/s. Also, the angle sensor with a 360-degree electric steering mechanism allows the motorized camera dolly to make zero-radius turns.

Surprisingly, the highest moving speed of the rover is 18.6 mph (30 km/h). So it is ideal to shoot fast-moving objects like a running athlete or a moving car. Depending on the availability or limitations of the shooting space, the dolly can be modified between three different expansion levels. When comes to technical perspectives, it measures 110 cm when folded. In addition, the electronic stabilization efficiently goes through narrow grooves like 10 cm obstacles or 15 cm potholes.

Further, it has two 95Wh Li-Po batteries that stand up to 4.5 hrs when fully charged. For video input and wireless controls operations it supports HDMI, SDI, USB-C, and an extension port. Are you a filmmaker who believes this device will revolutionize your career? Get this Snoppa Rover for an early bird pledge of US$ 2,398 which is raising funds on Kickstarter.

Dropracks, A Car Top Luggage Carrier is Now at the Level of Your Hips

Portable Wind Turbine Charger for Camping in the...