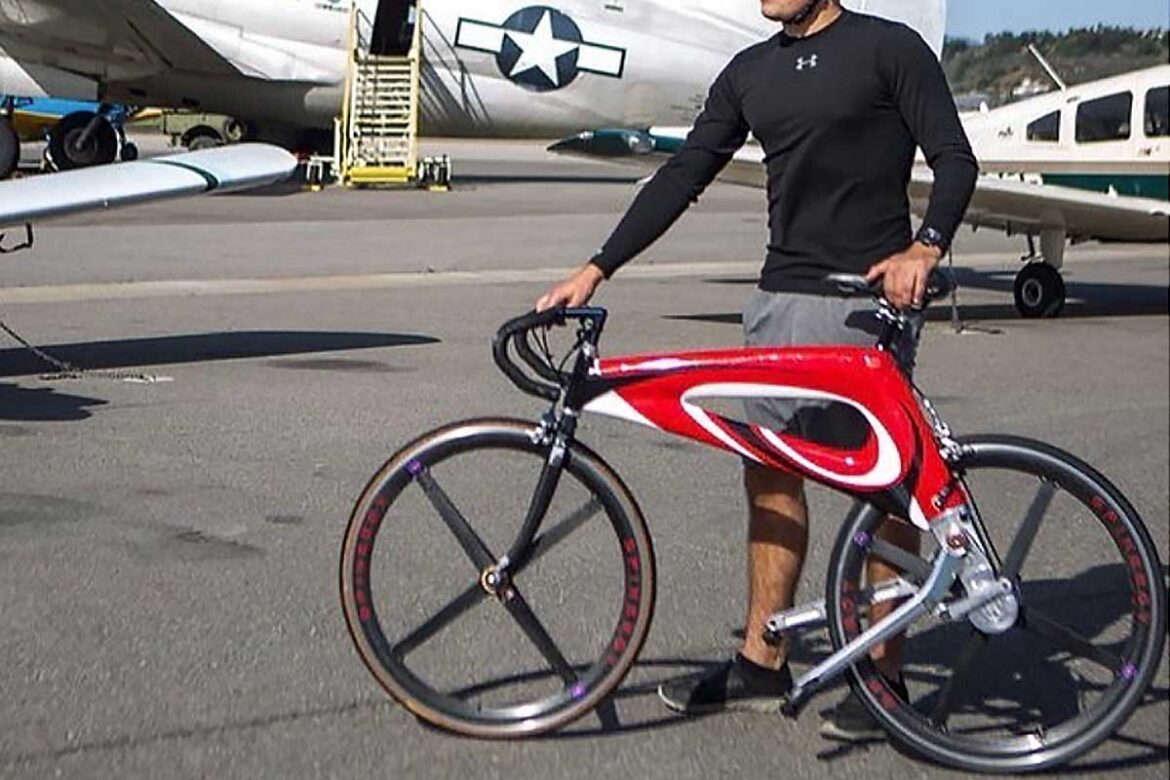 If you’re still riding a chain-driven bicycle, you’re behind the times! Now it’s cool to have drive levers instead of a chain. Meet the Nubike, a chainless bicycle that is designed to reduce stress on your knees and reach maximum speed with less effort.

However, Rodger Parker found that greasy chains in bikes are an outdated mechanism, He committed himself to find an alternate solution for a messy chain when his wife ended up with a knee problem. As a result, he comes up with the prototype of a chainless bike Nubike.

He replaces the entire chain system me mechanical leverage. So, each pedal stroke produces a maximum amount of force with the help of the rider’s weight and gravity.

Moreover, the Nubike uses military and aerospace-grade carbon-fiber material for frames and drive systems. As a result, the frame of the chainless bike weighs 3 pounds (1.36kg) which is way lighter than an ordinary road bike.

Instead of the full circular motion, the pedaling motion bike looks straight and almost vertical. In other words, the unique pedaling motion eliminates the excessive bending of the hips, knees, and ankles to reduce stress.

Further, the key advantage of the Nubike chainless bicycle is to go faster with less effort. Rodger Parker believes this leverage mechanism will work on any kind of bikes such as mountain bikes, city bikes, beach cruisers, and even rickshaws.

Gadgets for guys: Cool room gadgets you can buy in 2022

All water bike: A bicycle-like watercraft for Joyful...